At this time, lithium petalite ore of various grades was in production at an annual average of 9,500 metric tons and was widely exported to European processors who added metals such as magnesium to produce alloys. These could then be used in the manufacture of ceramics, armaments (conventional and nuclear) and in the growing electronics industry with an emphasis on communications. It has also been used in medications to treat conditions such as manic depression and hallucinations, which can perhaps in part be attributed to the overuse of smart phones and internet social media.

In 2020, Portugal provided 13% of European purchases for this lighter metal and its many applications – including the explosion in storage battery needs to fuel the meteoric growth of the all-electric car industry. In preparation for this inevitable expansion of lithium exploration, the government has commissioned commercial interests to resuscitate potential sites to complement those of the Institute. By an extraordinary process, the responsibility was given exclusively to Savannah Resources PLC, a British company whose shares are almost entirely owned by Omani financiers and businessmen. It is led by a former Australian lawyer CEO and a Portuguese PR specialist who together produced beautifully written reports and press releases to convince us that the initial exploration of eight sites in northern Portugal will bring incalculable benefits to the economy and will increase the European contribution to the global fight against future decline due to the effects of climate change. This company is now eagerly pressing the government for quick decisions on the granting of concessions that will last until exhausted and will not prohibit allocation to anonymous foreign interests who will share in the great potential wealth or put the “treasury” at their own end.

It was recently announced that a site in the Setúbal Industrial Park has been chosen for the construction of a huge refinery to process lithium ore which requires careful handling due to its toxicity and volatile flammability. Fuller details on safety requirements, the hiring of specialist personnel and the destination of the product have not yet emerged, but it is known that the project will be owned and operated by Galp and Swedish battery producer Northvolt AB, which is a consortium of BMW. , Volkswagen , Folksam and Goldman Sachs insurers. Financial support is pledged by the European Investment Bank.

The exploitation of the mineral wealth of the Western Iberian Peninsula and in particular of the historic territories of Lusitania and Galicia has been the backbone of regional economies since Neolithic times. Roman engineers were particularly adept and controlled mining through their legion commanders, granting local concessions for gold and silver production that were almost entirely sent as tribute to Imperial Rome. Copper, tin, bronze and iron constituted the local metallurgy before export or domestic use. At the start of World War II, the production of tungsten in mainly British-owned mines, such as Panasqueira, became a matter of international controversy because tungsten was an essential component of armor plating. German agents at the Lisbon metal exchange forced the price to quadruple in less than three months in 1940, and the Estado Novo had guaranteed exclusive export licenses despite Britain’s evocation of the old alliances. This was only counterbalanced in 1943, when Nazi Germany’s war fortunes declined and the Estado Novo authorized the lease of naval and air bases in the Azores to Allied forces.

Determined resistance to Savannah’s proposals has arisen from affected counties of farmers and citizens who predict a bleak future in their communal countryside destroyed by strip mining and associated flora and fauna pollution. But his David vs. Goliath campaigns have no chance of succeeding as the government comes under heavy pressure from the EU and IMF to (1) cut lending after the 2008 financial crisis and (2) boost the economies of other countries in the world. . The billionaire owners of the mining mega-corporations are only interested in obtaining Portuguese national assets in cash, using an irresponsible colonial strategy similar to that of Roman imperialism and Nazi despotism.

However, it is not too late for the government to regain control, reconsider the framework of the Litio exploration proposal and create a supervisory authority that will ensure that the wealth resulting from the progressive and disciplined exploitation of great natural resources are equitably distributed. Such an entity must be made up of the current municipal owners and their municipalities, the Geological Institute, the Ministries of the Environment and the Economy and representatives of the companies selected. It must be in full control to (1) require an orderly rate of production that ensures, regardless of expense, compliance with all anti-pollution measures, (2) rehabilitate the landscape without using a landfill for industrial toxic waste and domestic, (3) ensure that sales to refiners are made at market prices, (4) endeavor to ensure that further sale of refined alloys is limited to the EU, and (4) distribute the resulting benefits to the economic and cultural benefit of the Portuguese nation.

Essentially, the national reserves of “white gold” deserve the same regulation and protection as the gold bullion kept in the vaults of the Bank of Portugal. 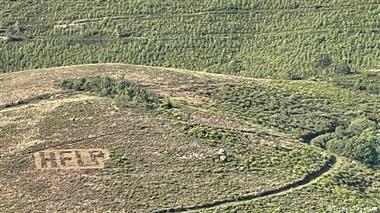 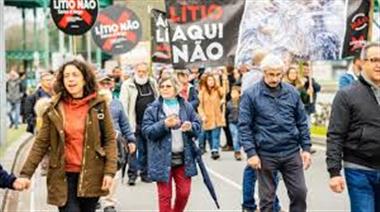