Over the past weekend, the depression located to the west of mainland Portugal and which affected the archipelagos of the Azores and Madeira, developed a slow approach and now, a good part of the continental territory, is under its ascending part. This means that we are exposed to a flow of southwest wind aloft with enormous divergence at high levels of the atmosphere and, therefore, favorable to the development of convection (risk of thunderstorms) in areas where other factors and in particular humidity allow it. This will occur especially in the mountainous regions of the central-northern part of the country.

The formation of an isolated cold depression, with associated fronts, will gradually leave effects – rains and thunderstorms, etc. – during the week in mainland Portugal.

On the other hand, this depression was isolated until it completely closed its circulation, giving rise to an isolated low pressure system. On the surface, a isolated cold storm with some associated fronts which will gradually leave effects during the week in our country. With this panorama, the change in weather conditions will be inevitable, and quite significant, especially in the northern and central regions. The South will also be conditioned, although to a lesser extent. It should be noted that this weather state has the potential to last almost all week.

During these first days of the week, the first fronts will touch the lands of mainland Portugalas well as in Galicia (Spain), generating a very dense cloud cover and rain with some abundance. By the end of Wednesday, the areas with the highest cumulative rainfall are expected to be the districts of Braga, Porto, Aveiro and Coimbraespecially for Baixo Minho.

Much more irregularly, we also expect the appearance of rain more intermittent and dispersed, potentially accompanied by thunderstormsnorth of Mondego, mostly inland and especially in areas around mountains (those belonging to the districts of Aveiro, Viseu, Vila Real, Braganza). They will be less likely further south. Much of the precipitation will fall between Tuesday (May 31) and Wednesday (June 1)and the probability of occurrence of thunderstorms will also be greater on the same days, in the aforementioned areas.

Mainland Portugal cooler than usual for the time of year

The position of the depression to the west of our country is already stimulating the entry of the wind from the South quadrant, with a particular tendency towards the South-West. The sea crossing made by the Atlantic wind, as well as the thick cloud coverare currently contributing to the notorious and widespread drop in air temperature in mainland Portugalgiving rise to a slight negative thermal anomaly (weekly thermal values ​​a little lower than normal for the time of year) which will last most of the week.

For example, for Thursday, June 2after two stormy and rainy days (Tuesday May 31 and Wednesday June 1), a maximum temperature of 21 ºC is expected in Porto, Lisbon and Viseu. It will not reach 20 ºC in Guarda, in Faro it will be around 23 ºC, and in Coimbra and Santarém it will not exceed 25 ºC. In Beja, it will reach 26 ºC.

The Azores and Madeira will also be conditioned by the fronts of the so-called Atlantic depression for most of the week, with good periods of rain expected, with wind, sometimes strong, and gusts of up to 80 km/h in some islands of the Azores. The trend will be, in the two autonomous regions, for the gradual reduction of instability in the daily rhythm, with room for cloudy periods. Until Friday, the maximum temperature will be 21ºC in Ponta Delgada and 22ºC in Funchal.

This weather situation could last at least until Saturdayalthough with a inevitable increase in forecast uncertainty. Most likely, the isolated depression will weaken, reflecting a gradual stabilization of the weather in our country.

Meteored summer forecast: will be challenging, up to 2°C above average 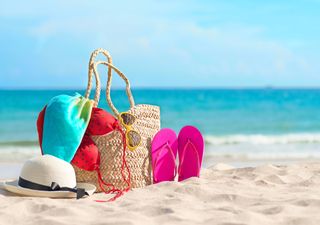 Therefore, rainfall in mainland Portugal is expected to decrease significantly from Thursday, as well as the presence of clouds. It is expected that the temperatures remain relatively below averagewith southwest wind until Saturday. Of Sunday, there is a potential change in the wind flowthe same possibly blowing from the quadrant North.