With the return of the “Days of Play” campaign, which lasts until June 8, Playstation players will have access to the Playstation Store and in the usual stores at a price reduction on several games, in the Playstation VR Mega Pack and also in the Duelsense wireless controllers.

During the campaign period, which ends on June 8, players can purchase the controller for just €59.99*, regardless of the color players choose.

The new Playstation 5 controller is a huge evolution over the PS4’s dualshock. Its battery lasts much longer than the previous version, brings haptic feedback and adaptive triggers, which bring another immersion to the game. We feel more what we are doing. For example, when we brake in Gran Turismo 7. It is possible to feel more pressure on the trigger. When we use the bow and arrows in Horizon Forbidden West. In Astro Play Room it is possible to feel all kinds of surfaces on which we stand. 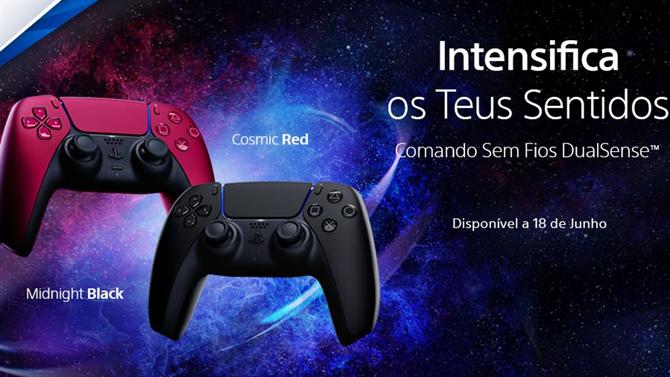 Below we leave a summary of the main offers that will be available from tomorrow Wednesday, both in PlayStation Store as in the usual points of sale:

Sony announces the return of the “Days of Play” campaign, which aims to celebrate the community of PlayStation fans around the world, at Play store and the usual points of sale. This means that until June 8, players will be able to take advantage of unmissable discounts on titles for PlayStation 4 and PlayStation 5, as well as DualSense™ wireless controllers and a PlayStation VR Mega Pack. 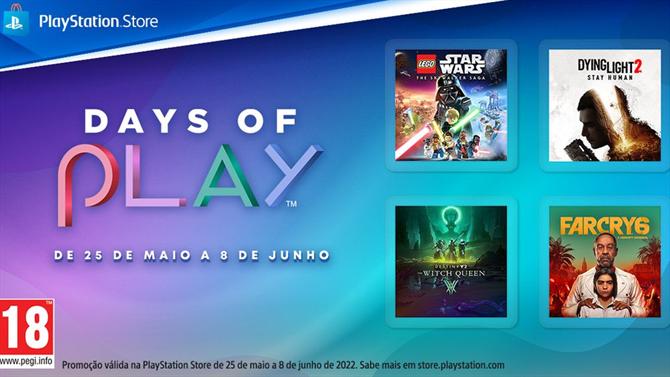 Below we leave a summary of the main offers both in Play store as in the usual points of sale:

From May 25 to June 8, players will also be able to take advantage of unique discounts on fantastic PlayStation 4 games, which will be available at regular retail outlets for just €19.99* each. Examples include Marvel’s iconic Spider-Man, the highly acclaimed and award-winning The Last of Us Part II, and the incredible Days Gone.

The news does not stop there since with the return of the “Days of Play” campaign to the usual points of sale, players will also be able to purchase, for only €229.99* (previously €329.99* ) the PlayStation Mega Pack VR (PS VR), which includes, in addition to the PlayStation VR device and the PlayStation Camera, a PlayStation VR to PlayStation 5 adapter and a code to download five exciting virtual reality games: the very popular Blood & Truth™, Moss, ASTRO BOT Rescue Mission™, Everybody’s Golf™ VR and PlayStation VR Worlds.

Regarding the “Days of Play” campaign offers on the PlayStation Store, which will also be available from tomorrow, May 25, until June 8, highlight LEGO® Star Wars: The Skywalker Saga PS4 & PS5, which gives players the opportunity for adventures filled with fun, whimsical humor and the freedom to fully immerse themselves in the LEGO Star Wars galaxy; Dying Light 2 Stay Human PS4 & PS5, where The City, one of the last great human settlements, is transfigured by conflict and civilization is returned to the Dark Ages; Destiny 2: The Witch Queen PS4 & PS5, where players will delve into the Throne of Savathun to discover how the Hive Lucent stole the Light, and FAR CRY 6 PS4 & PS5 Standard Edition, where players will have the opportunity to the place of yarano Dani Rojas and become a guerrilla whose mission is to liberate the nation. 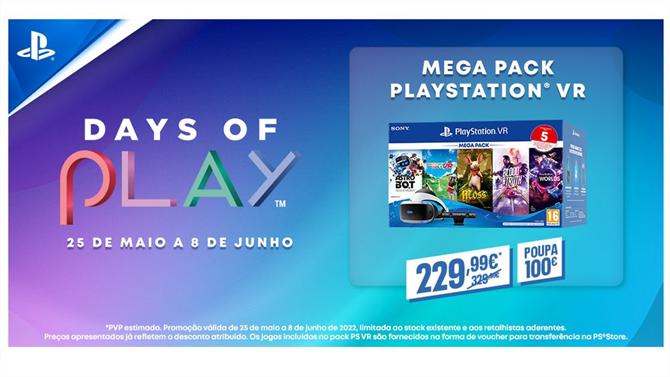