For younger generations, this might be a surprising revelation, but there was a time when all players played with black cleats. No one wore their socks above the knee or filled their hair with gel before going on the pitch.

These were years when a team from Belgrade or Bucharest could be European champions and it was not uncommon to find athletes who had spent their entire career at the same club.

These are times when football was more like a street game, long before the Bosman Law, internship centers and TV rights filled the money modality and took people away from everyday club life. This gave birth to so-called modern football.

This black-booted football has created a legion of fans, who love modern football, but fondly remember the great games of the past. There is a generation for whom great conversations start with a question. Do you remember this player…?

Now for these old-school football fans, there are more and more places, whether physical or digital, where the game can be found with a smile on the corner of the mouth and memories shared.

Maisfutebol now presents an itinerary of these places, starting with a gathering. it’s called Chat by letters to Bombonera and takes place monthly at Casa da Madeira, Porto.

Pedro Cadima, journalist for A Bola, is one of the organizers and explains that “the format always starts with a match, which is mythical, involving foreign teams and which had an important load in its time.”

But the game is only a pretext.

From there, the organizers invite a big name in football, who may have been a colleague of a player in that match or have some other connection to the game, and then the conversation flows wherever memory takes everyone.

Meetings are held once or twice a month, they start at 10:00 p.m. and have no end time.

“We had guests like Gaspar who never got tired of talking until around four in the morning. Ricardo Nascimento and Paulo Alves talked until three in the morning. It is open to the public and people can come and talk to us,” adds Pedro Cadima.

Now let’s move on to the digital world, it is mandatory to talk about the baby foot. It’s a podcast, which has one or two editions a week and visits old games, characters and teams. During the pandemic, with the help of commentator Rui Malheiro, he even visited whole decades, first in Noventena and then in Oitentena.

The podcast is powered by Rui Silva and Pedro Fragoso, two football enthusiasts, who continue to do it all just for fun.

“The football of old wasn’t necessarily better, but we loved it the way it was. Many listeners see themselves in our stories and remember where they were when they saw a certain game. That’s why we tried to approach football from one aspect because having references helps us to understand the present”, explains Rui Silva.

“We have six, seven, eight elements where the objective is to look at the past. We have Flashback which is to analyze a game from the past, Football of Fame analyzes teams from the past, we have elements with fixed guests. We we started with Cadernos de Leste, with Joel Amorim, and now we also have Encruzilhada, with Manuel Neves, in which we build an alternate reality by changing a specific point in the past.

Continuing to Lisbon, it is obligatory to talk about the Off-side, a football film festival born from the passion of three friends for football and cinema. João Tibério is one of the organizers of the festival, which has already had two editions, stopped due to the pandemic and which will return this year.

“There were already festivals in several countries, there is the 11 millimetersin Germany, which is actually the biggest football film festival in the world, and then there was an offside in Barcelona and we talked to people to help us organize the festival in a country that was a bit separated from the more romantic football and so it would be for a smaller audience,” he says.

“Most films are documentaries, allowing those watching to be transported to a club, to a competition, to a part of the world, causing people to reflect on the phenomenon. During the last session there were six days, this year it will be less, and there are always several parallel initiatives, such as a cinema dinner where we watch short films and eat dishes from the country where the short film takes place, a futsal tournament, of course, or debates during the event”.

Therefore, the invitation is made to those who love the football of the past, the most nostalgic and unpretentious football. Papo de Letra in Bombonera, Matraquilhos and Offside will continue, missing the time the match took place on Sunday afternoon. If you want even more, follow a list of other dating spots for lovers.

corner
An excellent proposal in Brazilian Portuguese. It is originally a magazine, published quarterly, but it is much more than a magazine. She has already released books, sells t-shirts, has a youtube channel, in short it is a brand that puts the passion for old school football at the center of everything. “We have the firm intention of enriching the reading on football”, they announce.

soccer
Indispensable for those who love football, it is a video library with thousands of old games, which can be viewed in full for free. Only the Portuguese League has more than 400 games. Then, of course, there is everything related to Worlds, Europeans and international competitions.

Those soccer times
It was born in 2011, in England, as a website that was a space for writers who liked to write texts about football. In the meantime, it has become a magazine, a podcast and much more. He even launched a space for great online reports divided by themes, such as the virtuosos of football history, the golden years of Italian football or the brothers in arms.

black taste
From Buenos Aires to the world, a project that will have few parallels. It is an online space, in which a group of graphic designers with a passion for football explore this passion through a visual language. It can be graphics, animated films, interactive pages, in short, the offer is varied. The subject is always the same: vintage football.

The best games
This is a podcast, launched by the British The Blizzard, in English of course, through which authors Jonathan Wilson and Marcus Speller invite an experienced journalist to help them remember a historic football match. They can either go to the Old Boys of São Paulo-Newell in 1992 or talk about Borussia-Bayern Munich in 2013.

Coffee Ring
Another podcast, this one in Castilian, by Miguel Ruiz and Christian Sanchez, two journalists from Panenka magazine, who visit vintage football. The podcast presents itself, in fact, as a space for “football history and nostalgia”. Also not to be missed is the Twitter page, always with great photos of the game from other eras. 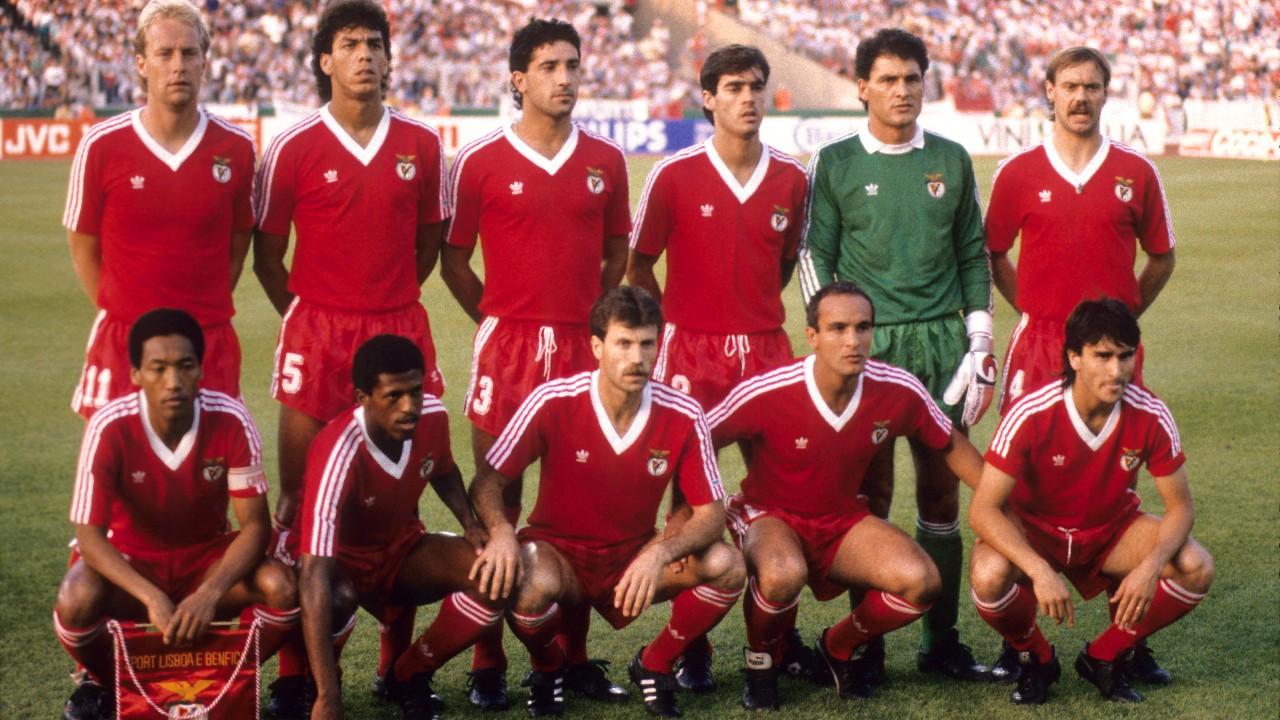 Kodro
A digital magazine entirely dedicated to the history of football. Born in Spain, she visits figures, games and teams from other times and from all latitudes. There have already been editions devoted to Batistuta, Paul Gascoigne, Riquelme, Gianni Rivera, Milan by Arrigo Sacchi, Parma in the 90s, França 98 or even Subbuteo.

Panenka
A hugely successful Spanish magazine, which is also a podcast. It stands out for the quality of the writing, the graphic care and the ability to travel to other times. In the presentation, he says, in passing, that he enjoys telling the stories of bearded players, who played in the 1977 Soviet League and eavesdropped on Rolling Stones records.

Release
A treatise in good taste. It is also a Spanish magazine, extremely well written and distinguished by the presentation of real relics in the graphic component: photographs and images of the time that transport us to other times. It is a sports literature magazine with five fundamental axes: football, nostalgia, style, culture and stories.

black strap
A podcast with the quality label of Panenka magazine that visits the dark side of football: cursed teams, frustrated stars, tragic matches, fateful stadiums, in short, the unfortunate stories that, as the Black Brazalete himself says, “don’t appear in any trophy room”.

vintage soccer
A Twitter page, managed by the Sphera Sports content platform, where you can find a bit of everything about football from the past. Mainly images, lots of historical images. “An ode to yesterday’s football, the retro, the one that made us all fall in love. Timeless classics and vintage football,” they say, quite rightly. 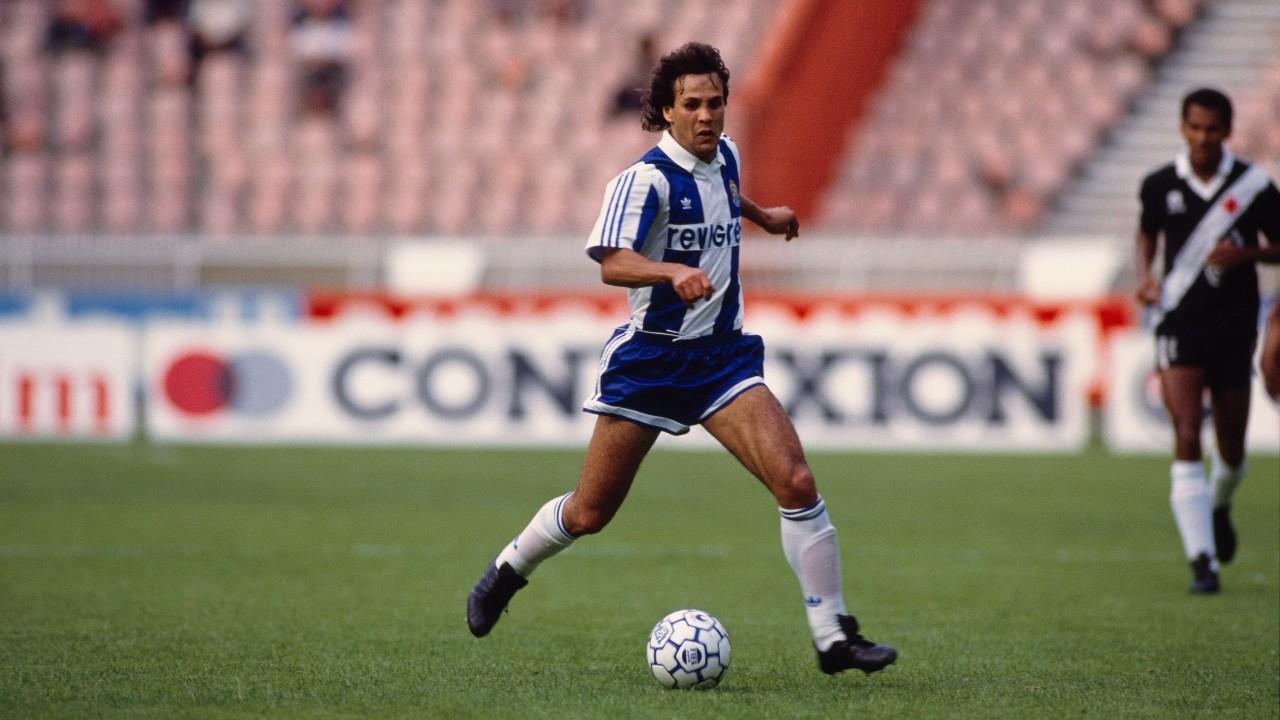